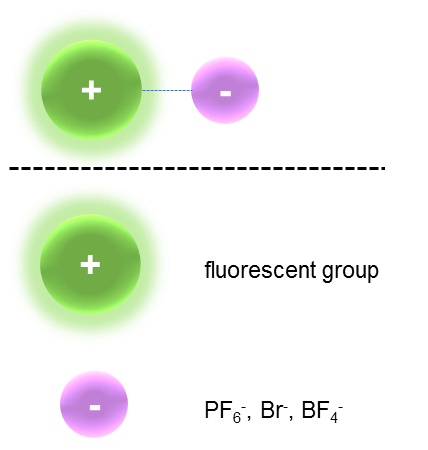 Depending on the type of fluorophore, fluorescent ionic liquids can be classified as anthracene, naphthalene rings, benzimidazole, pyrene, perylene imide, and others.